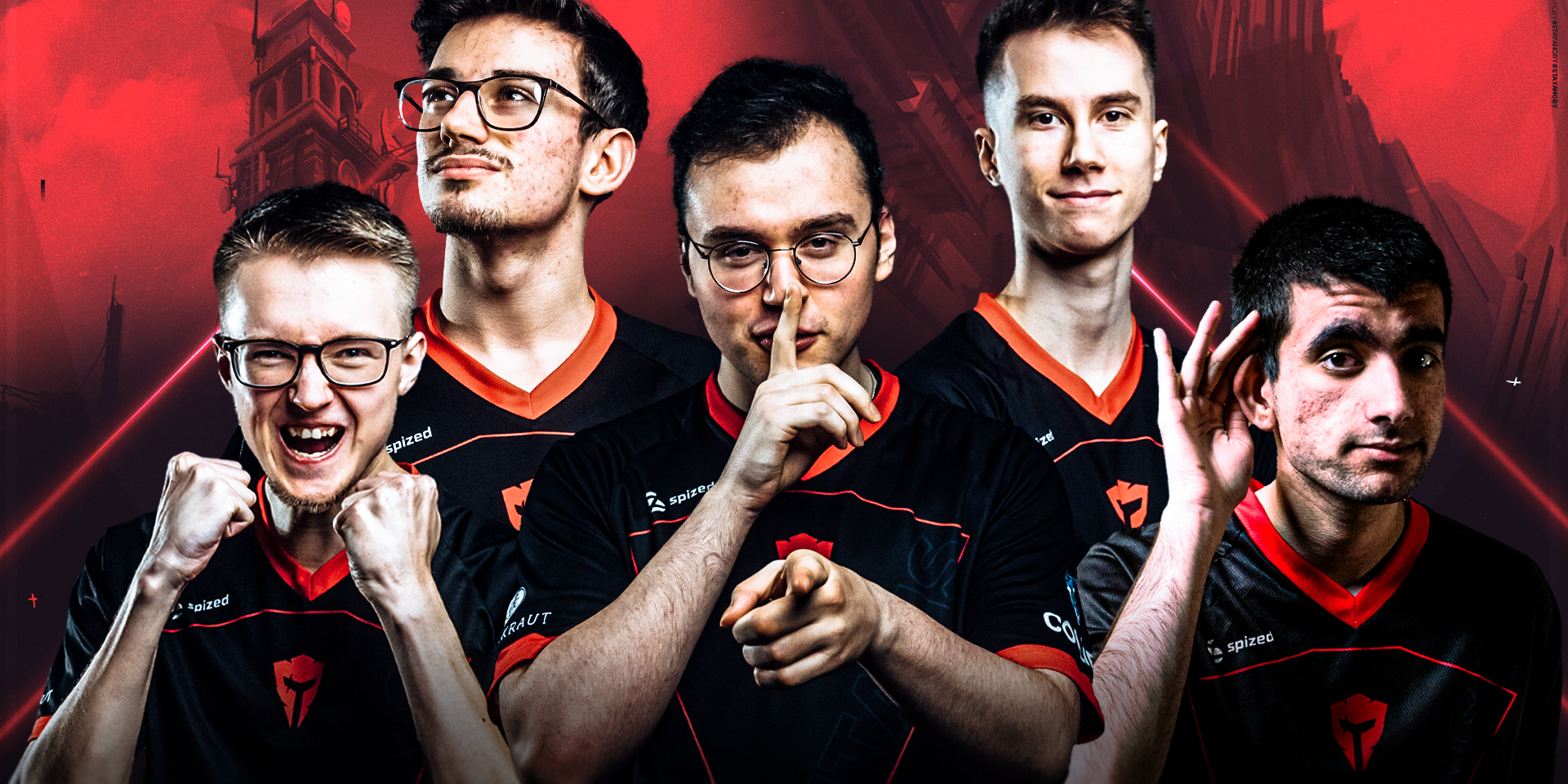 Welcome to the Angry Titans News

Welcome to the Angry Titans News, where we will keep you regularly updated with the latest information about the Angry Titans and the esports scene around Valorant in the future. We set a focus on the Regional League DACH: Evolution, but we will also throw a glimpse at project V, Game Changers, Valorant Challengers, Valorant Masters, Valorant Champions as well as in game content/balancing discussions involving our athletes. If it´s a hot topic or If it´s debatable, you will probably find it here summarized. So what are you still waiting for? Bookmark us and be always informed.

And if you want to get to know us better or are curious about us as an organization, then take a look at our About Us or the Teams section.

With the release of the tactical shooter Valorant from Riot Games in June 2020 and the accompanying growing popularity of it, provided also a breath of fresh air for us and led the organization to migrate the Overwatch team, founded in August 2017, to the genre newcomer Valorant at the beginning of 2021. Not only was the team restructured, but also the Angry Titans as an organization.

We grew over the course of the year just like Valorant in the esports sector itself. The league structure introduced by Riot 2021 allowed us to qualify for the Valorant Regional League DACH: Evolution and make a first and lasting impression.

The result?
Play-offs qualifications in the spring split and a strong run in the summer split winning Play-offs in the end and achieve dominant victorys against well renowned teams like Dysre.

“We’ve got news for you: we are angry, we are Titans and we are here to fight for our goals” 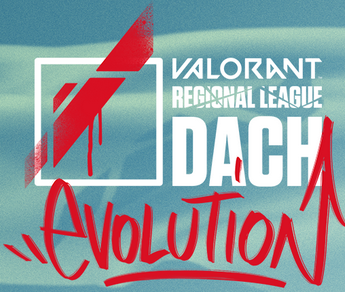 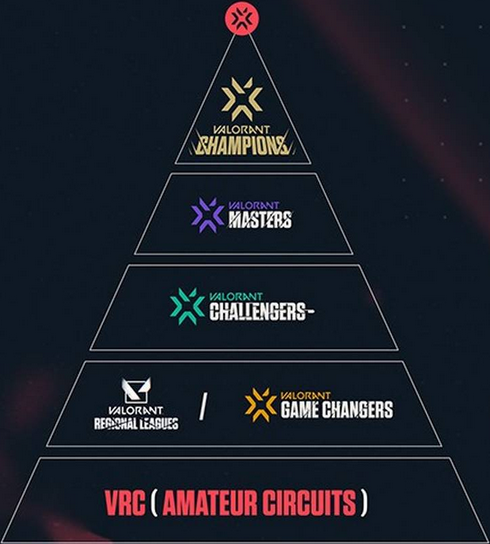 Current State of esports in Valorant

Launched in 2021, the Valorant Champions Tour was just the tip of the iceberg. It felt like Riot Games revealed in the same breath a competitive structure that allowed access to esports experience at every level, from casual players to professional esport athletes. So, Everybody loves underdog stories, don´t we? The opportunity for zero to hero moments were given.

Well, maybe we spoke too soon as it seems Riot Games wants to push their plans for the upcoming year 2023 faster then most of us expected. Changes that will alter Valorants esport scene for the long run, but for the better? We will catch on that later, now back to the current state.

Simply explained from top to bottom, the current state of the VCT structure as shown in the pyramid graph has two stages featuring challengers and Master’s event (2x Challengers, 2x Masters). The two stages determine the participants for the champions tournament. Challengers takes place in one open qualifier which lead to a multi-week competition for a slot in the Master LAN tournament.

Beneath the Challengers Stage are the regional leagues split across the Globe and managed by third party organizers and the Game Changers only female format. Bottom of the pyramid are the VRC Circuts like Project V, where u gather points to determine the best and a chance to climb into the regionals leagues.

What's to come: A double-edged sword

2021 Riot Games added the VCT, followed by the regional leagues in 2022. Next Year the competitive structures will change and expand even further. Three new international leagues for America, Europe and Asia, with week-to-week competition similar to their League of legends structure. These will be held offline, in front of a live audience.

A franchising system will be implemented, but without any entry fee´s, contrary to it´s big brother League of Legends, which goes into the millions. Riot Games instead plans to launch a partnership programm that stipend organization, providing a safty net, and higher salaries for the players. Already 150 organizations applied globally, how and by what criteria the few teams are being chosen is uncertain. It is only known, that teams with “a track record of building great esports experiences, developing players, and meaningfully contributing to the long-term growth of Valorant esports” will enjoy the benefits in the end.

Plain and simple, younger organizations with no records will be left out. This hurdle seems to end most of our so  beloved underdog storys, before they could flourish. The backlash from the esport scene was accordingly appropriate, to say the least. Many do not agree with these news, they see this move from Riot Games as to hasty and say it could tip over the development of the scene, since the game and the esport evolved around it, is only a few years old. A bold move, even for Riot Games with their more than 10 year extended experience in esport. Over the duration of the next few months, Riot Games will spill more details, regarding the application process and/or if they listened to the player and fanbase uproar.
Hopefully finding a way for regional playing Teams to still fight their way on to the international stage, giving us the underdog moments we all love and want to see.

Alright enough of the banter, let´s end it on a high note and also pay respect to what Riot Games achieved in the esports sector, especially with their Game Changers format. Giving female players their own stage to shine, and simultaneously boost the female share of their Valorant playerbase to a strong 30-40%.

That was also an eye-opener for us and as a constantly evolving organization only led to one logical conclusion.

The Angry Titans Oni roster is therefore our newest addition to the ever growing Angry Titans Family. If you want to know them a little better, just skip to our next News post, where we give them the spotlight, and provide some insights for you. Or just jump to their team page and follow them separately on their socialmedia. 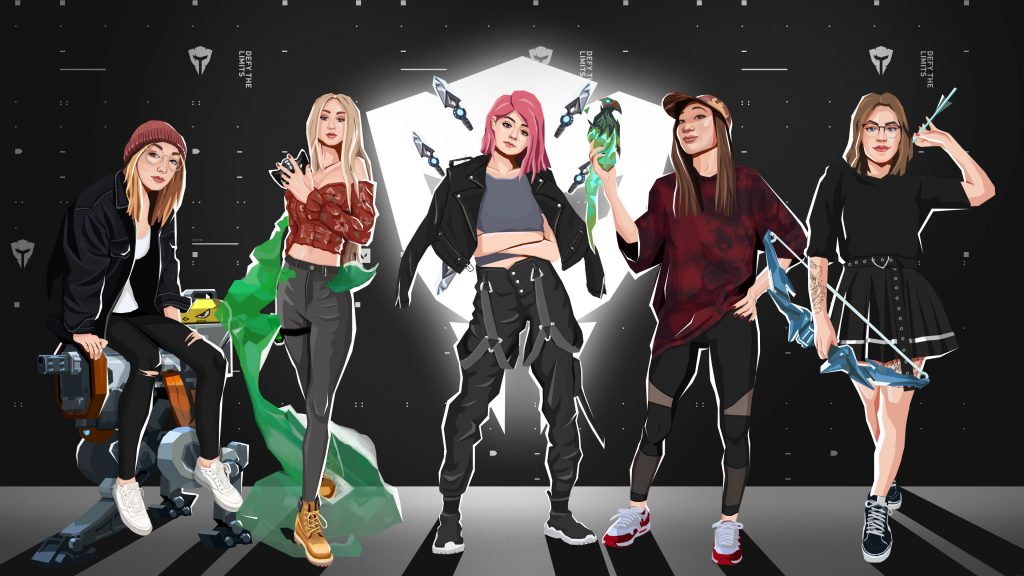